A PHP Error was encountered

A PHP Error was encountered

Message: Trying to get property 'USD' of non-object 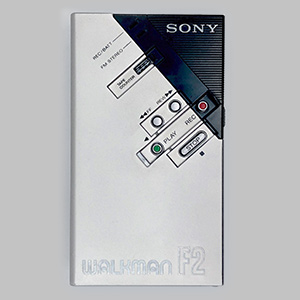 The WM-F2 was a remarkably well-featured unit. Contained radio and could record, either from the radio or from an external source.

The WM-F2 was a remarkably well-featured unit. As well as being a compact stereo cassette player, it also contained an FM stereo radio and could record, either from the radio or from an external microphone, turntable or another Walkman.

The cassette deck parts of the WM-F2 were similar to those of the WM-2, with the addition of those components required for recording and a tape counter. To save space and power, a permanent magnet was used to erase the tape during recording. This was disabled during playback by simply holding it away from the tape. Despite this, AC bias was still employed, for it gave better results than the technically simpler DC method. The cassette section could only record on normal ferric tape, though it could be set to play back chrome and metal tapes correctly. To enable recordings to be made more easily and accurately, a pause control was added to the normal WM-2 functions, though it acted electrically only, by stopping the motor.

The radio section covered the FM band only and included a stereo decoder. The radio could be used for normal listening or could be recorded from, with the recording level adjustment being automatic. The FM antenna was formed by the headphone lead, so the headphones had to be left connected during recording, even if no one was listening. An LED indicator was provided to show when an FM stereo broadcast was being received, along with one to show that the battery was in usable condition.

the casing of the WM-F2 was sleek and smart. The large surface was broken up visually by enlarging the black triangle in the corner that was a feature of the WM-2 and the FD-210BE Watchman TV, though the volume control was no longer a part of this, it had become a thumbwheel, like the tuning control, along the top of the machine. The cassette was loaded on the reverse side. The cassette lid was similar to that used for the WM-2, so a filler section was needed to make up the extra size of the casing.

Although undoubtedly very clever, the WM-F2 showed that unfortunately even Sony themselves didn’t really understand the Walkman idea at this stage. The original models had shown that a playback only machine, made compact and affordable by the removal of everything unnecessary, was what was really wanted, and that adding what had previously been carefully removed was not the best of ideas. Radio recorders would return to the Walkman range in the later years, though none were as complex and expensive to produce as this original model.
Via walkmancentral 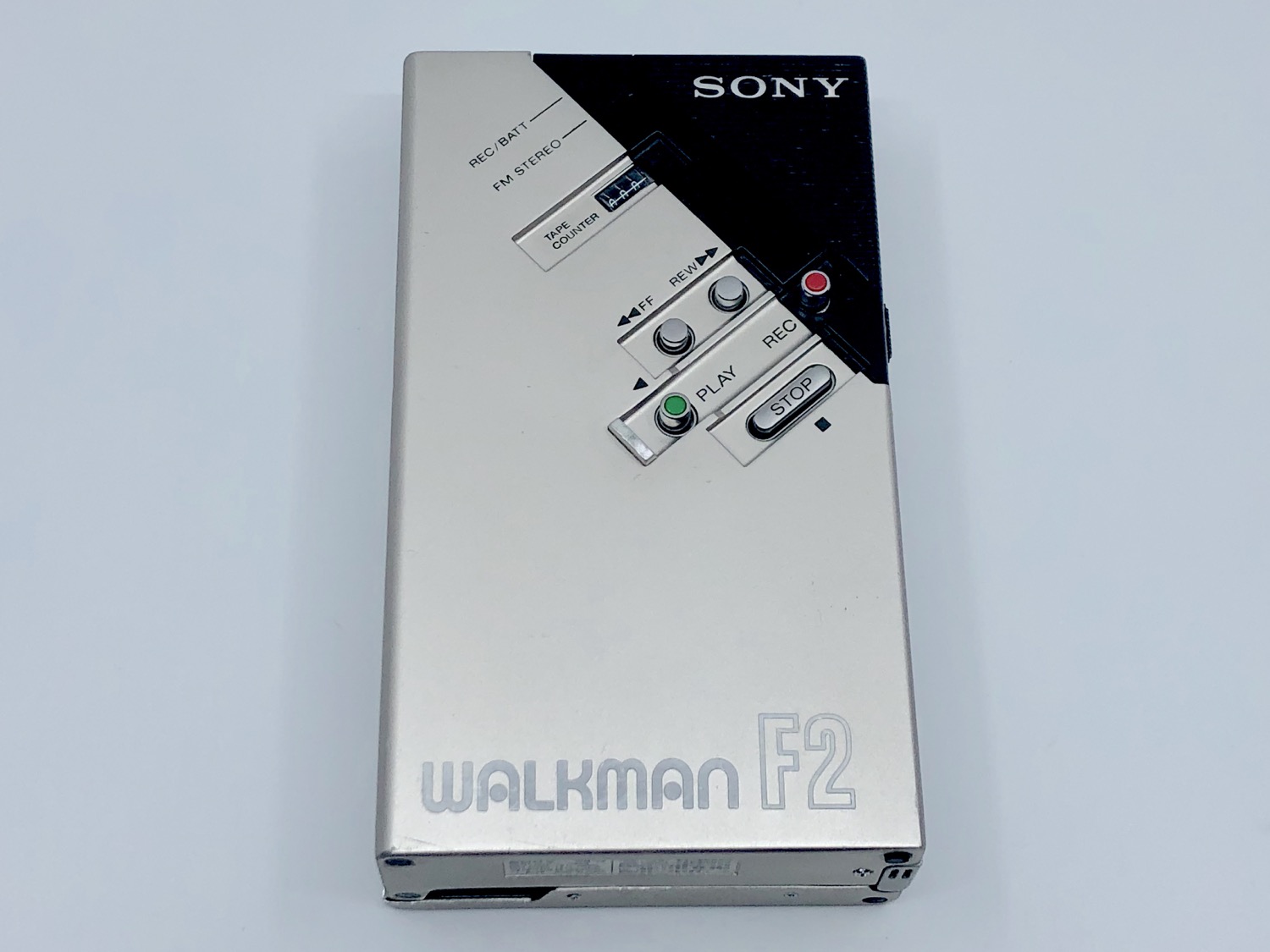 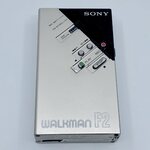 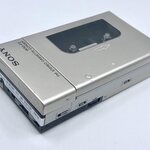 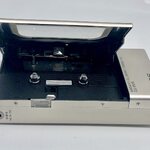 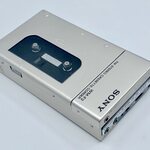 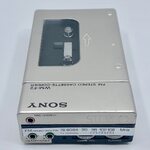 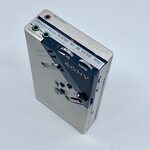 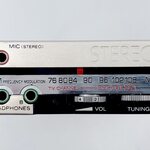 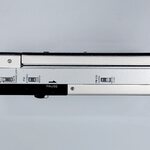 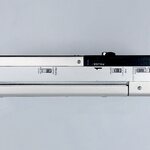 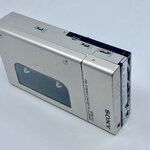 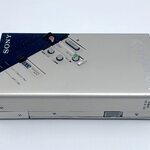 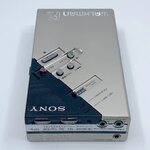 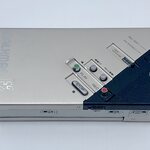 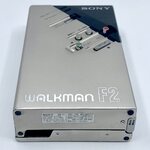 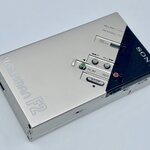 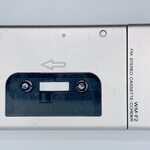