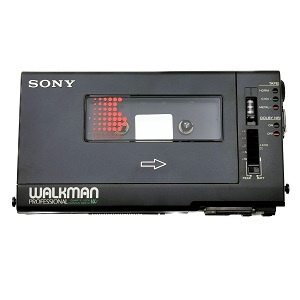 The WM-D6 at first looks like a rather large personal stereo, but is really more like a miniaturised TC-D5 portable cassette deck.

The WM-D6 at first looks like a rather large personal stereo, but is really more like a miniaturised TC-D5 portable cassette deck. Although the WM-D6 was not the first Walkman model that could record, it was the first that could do so to such high standards that it was suitable for professional use.

The WM-D6 used a very similar mechanism to that of the TCM-600 and the TPS-L2. The similarity is evident in the layout of the controls and tape transport components. However, to raise the quality to the high level demanded, the mechanism was upgraded by fitting a disc drive capstan servo similar to that of the TC-D5. Inevitably all the parts had to be made smaller, but the principles remained the same. One would have thought that this would be enough, but the designers took the disc drive concept one stage further and made it quartz controlled. At a stroke, this removed any possibility of drift or error, and gave the WM-D6 perfect speed accuracy under all conditions. The system worked by comparing the output of the capstan tacho sensor with the divided-down output of a quartz crystal oscillator. The servo ensured that the two signals were locked together by varying the motor speed. As the quartz crystal frequency never altered, neither did the tape speed. The user was given the option of bypassing the system and setting the tape speed manually by up to 4% using a small dial at the rear of the machine. In this mode, the servo operated as it did in the TC-D5. The switch that controlled the variable speed function was mechanically interlocked to the record key and so was automatically returned to the quartz locked fixed speed mode whenever a recording was made.

Other features carried over form the TC-D5 included the ferrite heads and the DC-DC converter, which enabled the electronics to operate at a higher voltage than the batteries would normally provide, improving the sound quality. There was no room to accommodate the TC-D5’s large moving-coil meters so the WM-D6 used a single LED bar graph display instead. This could also be used to give an indication of battery condition. An input was provided for a microphone, though using the switchable attenuator this could also accept signals from an amplifier or second recorder. The limiter function from the TC-D5 was not carried over, so recording level control was manual only. Two pairs of headphones could be connected. A three position tape selector switch allowed normal, chrome and metal tapes to be used for both recording and playback, though the selection was manual, not automatic as it had been with the TC-D5.

Power was usually provided by 4 AA sized cells, though the battery compartment was designed so that the standard Sony Ni-Cd pack could be used too. This could be recharged in situ from the DC input socket.

The WM-D6 was expensive but was also capable of outstanding performance, better than many full-sized cassette decks. It was quickly adopted by radio stations and news organisations as the ideal machine for reporters to use. It also became a favourite for making high quality but discreet “bootleg” recordings at concerts. It was replaced by the improved WM-D6C. 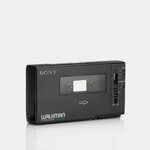 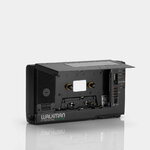 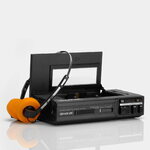 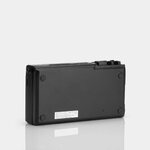 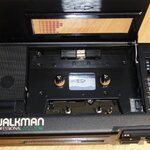 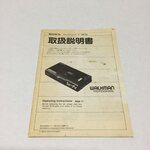 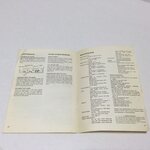 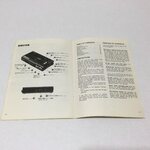 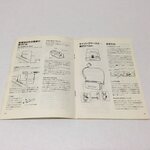 The GREATEST Walkman Ever Made | Sony WM-D6C