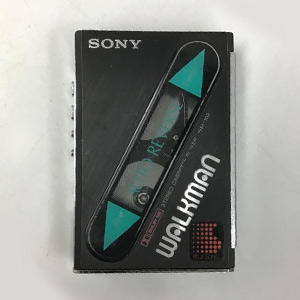 The WM-102 was a “cassette case sized” model that used similar mechanicals to the WM-51 and the WM-F107. In this case, the styling was geared to make the machine as small as was possible, so thin pressed metal was used extensively. A fashionable appearance was created by the use of bright details in blue and polished chrome.

As well as being small, the WM-102 included all the features one would expect from an expensive Walkman model, such as Dolby B NR, metal tape compatibility and auto-reverse. Like the WM-51, the cassette door could be locked shut. It was supplied with a pair of quality “in ear” headphones and a tight-fitting case to protect the finish.

So small was the WM-F102 that the battery had to be fitted externally. Two holders, either of which could be clipped to the bottom, were provided, one for a single “AA” sized cell and one for a special rechargeable battery. The latter had to be charged externally in a special charger, which was included in the outfit.
Via walkmancentral 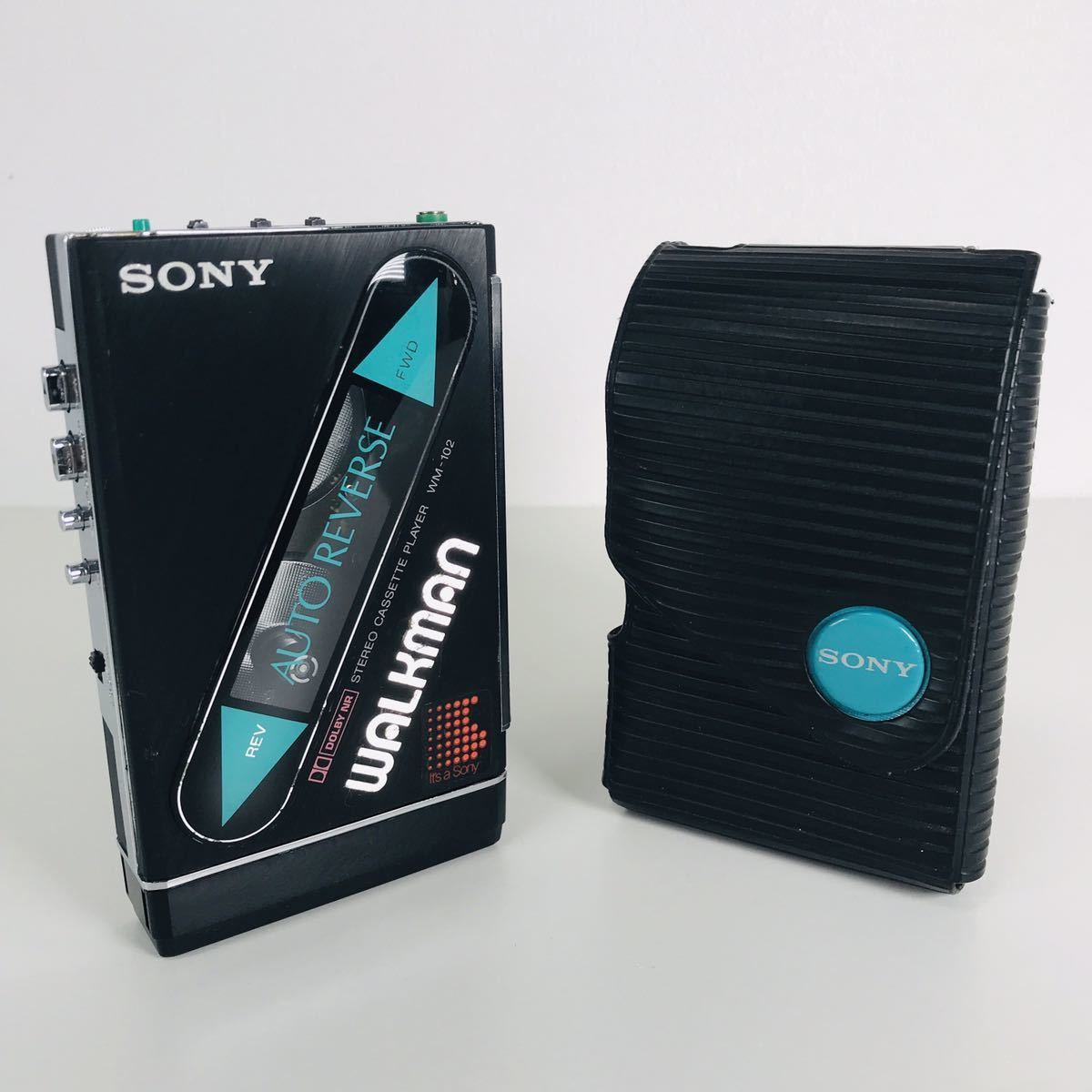 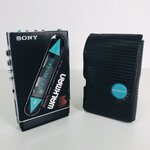 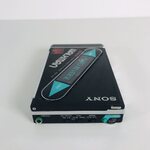 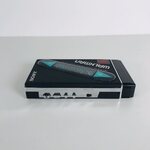 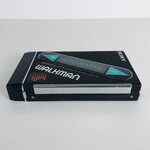 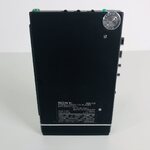 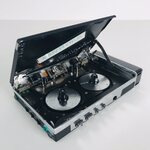 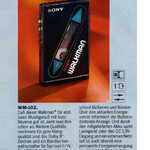 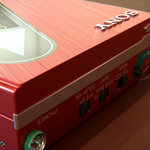 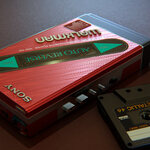