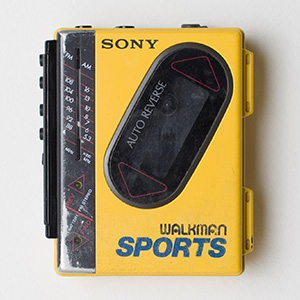 To describe the WM-F75 as a WM-75 with a built-in AM-FM radio would be a fair statement, though to dismiss this model with such a brief description would be to overlook some interesting details of the design.

The two machines did indeed use very similar mechanical sections. The mechanism, constructed from pressed metal, was stable and gave good results. The casework too was very similar in its overall dimensions, though the WM-F75 did have a large bulge at its rear, which was necessary to house the ferrite bar antenna for the AM radio. The tuning scale was placed in an unusual position, along the edge of the cassette door above where the head and pinch rollers were mounted. The pointer was driven by a complex cord drive, which connected the scale, the tuning control wheel (mounted at the rear next to the volume control) and the tuning device itself, mounted below the deck to the rear of the cassette compartment. This, along with some of the other larger radio components, made it necessary to alter the way the two "AA" sized batteries were mounted from how they had been in the WM-75.

As well as housing the tuning scale, the section above the heads also had mounted on it two red LED indicators. These were visible through the cassette door and showed in combination battery strength, tape direction and the presence of an FM stereo signal. This arrangement was not fitted to the WM-75, which had only a single “battery” indicator, next to the volume control. Finally in this area of the machine, the reverse mode (repeat/stop) selector remained in much the same place, though it was moved slightly to clear the other parts.

The radio required some other controls along with the tuning wheel. These, which selected AM, FM or tape, and mono/stereo FM reception (combined with the control of the Dolby NR function), took the form of two small levers at the top of the case. These were made waterproof of course, and meant that further switches inside the cassette compartment were unnecessary, especially as the identification of normal and chrome/metal tapes had been made automatic.

All these extra fittings could not be accommodated without something giving way, and in this case it was the second headphone socket; only one pair could be used with the WM-F75.

As well as being available in the traditional yellow “Sports” livery, the WM-F75 was available in a rather dull shade of grey-green (as shown in our picture). This was not a popular choice, and examples in this colour are less common than the yellow ones. Unfortunately, the white lettering applied to the grey-green version was under some conditions not as waterproof as it should have been, and could rub off or dissolve. This explains the missing “Sony” and “Walkman” scripts from the cassette door of the example in our photograph.
Via walkmancentral 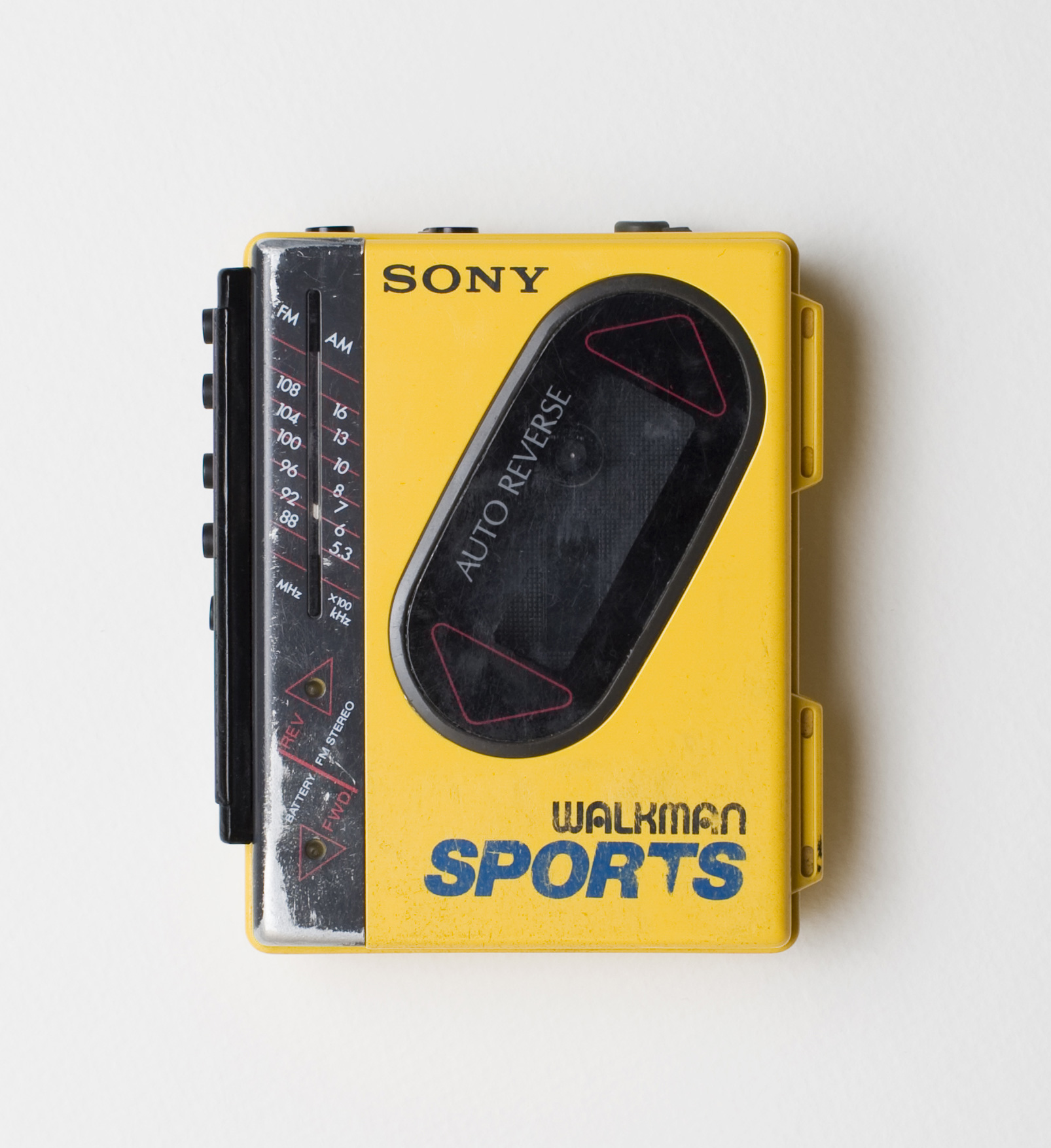 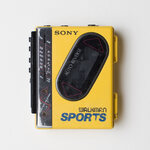 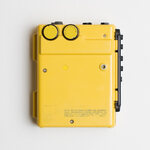 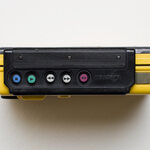 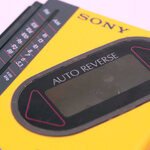 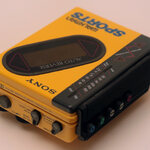 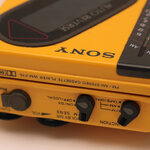 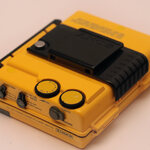 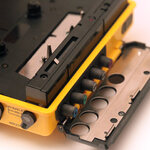 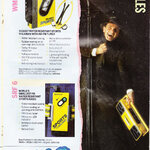