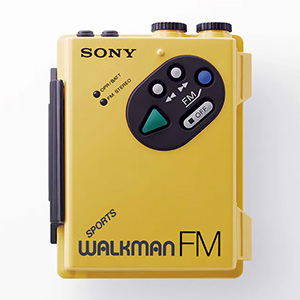 The first Walkman developed for use during outdoor activities. Marked the first appearance of the distinctive yellow seen in later sports mo

The WM-F5 was the first “Sports” Walkman model. This meant that it was rugged and splash proof, ideal for use by those whose outdoor activities would ruin normal cassette players.

The strong casing of the WM-F5 was made of extra thick, impact-resistant plastic. The most common colour was yellow, which became the standard livery for Sports models and by looking like certain underwater equipment gave a visual clue to the splash proof construction. Certain markets offered special editions of the WM-F5, for example the Hawaii and Okinawa Beach models.

The unit was made splash proof by having soft rubber seals around all the openings, O-rings around the control spindles and a lid that latched firmly down. The battery compartment and minor controls (tape type, radio sensitivity (local/DX or mono/stereo, depending on the version) were placed inside the cassette compartment, removing the problems of sealing them effectively. The tape transport keys were covered in a shaped rubber mat which kept the dust and water out. The dual headphone sockets were protected by rubber bungs, as was the DC input connector. These were tethered by folding strips which break off with use, so surviving examples are often found with the bungs missing. Despite all these measures, the WM-F5 was not really waterproof, though it would withstand brief immersion without damage.

Inside, the WM-F5 used the same DD mechanism as the WM-DD, WM-DD2, WM-DC2, etc. This comes as a surprise as it is not even suggested by the model number. The WM-F5 is also the only DD machine to offer a built-in radio, in this case an excellent FM only section which was activated by an extra control next to the tape transport keys.

Traditional headphones with foam earpads would not have really been suitable for use in wet environments, so instead Sony provided specially designed in-ear ‘phones in matching colours to the rest of the machine. This style of headphone is familiar now but these were amongst the first of this type to be offered with any Walkman. A second pair could be bought at extra cost.
Via walkmancentral 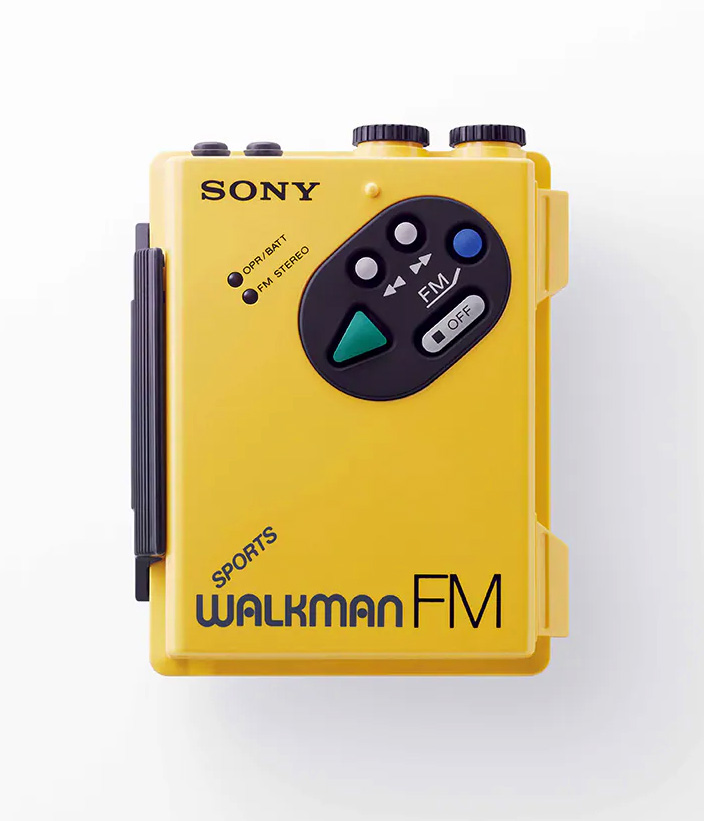 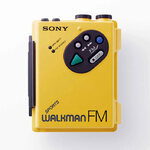 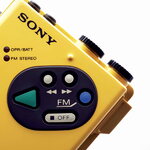 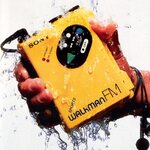 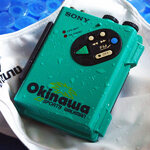 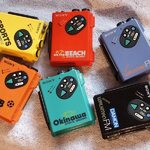 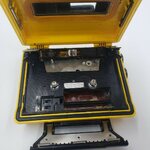 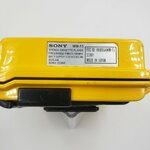 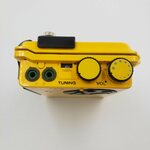 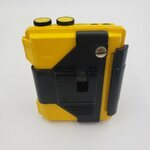 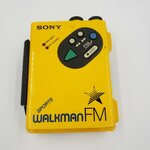 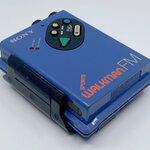 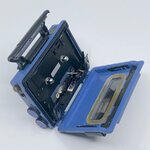 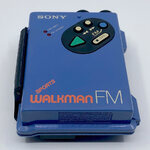 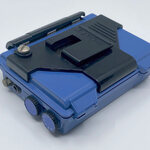 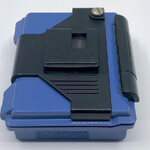 This is also a DD walkman, maybe add it to that category as well? 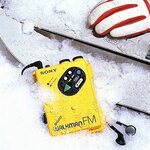 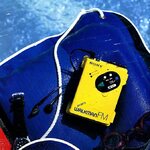 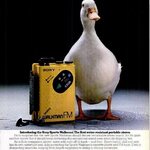