WM-DD9Finest Sony Walkman ever made 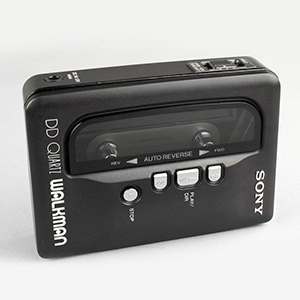 Sound to Match the Ingenious Mechanism

Sony WM-DD9 was a top of the line Walkman, together with WM-D6C and WM-D3. It was very small, but uses logic controlled instead of mechanical or soft-touch commands. At the first glance almost nothing on DD9 gives any clue that we are talking about hi tech Walkman. But, under closer inspection, it is easy to understand that this small machine is different. I've never seen gold plated headphone socket on a Walkman (including players from other manufacturers) and I had dozens and dozens of them, but DD9 has it.

Its cassette interior is not cheap in any way, made using metal plates and intelligent system to change batteries… and everything looks like it is made with special care in mind. WM-DD9 also uses Dolby B and C which only a handful of cassette players had. It sports not one but two independent Disc Drive motors so it could have the same wow&flutter specs in both forward and reverse playback. This is important since WM-DD9 is the only Disc Drive Walkman Sony has ever made. So there are no belts at all – which is gorgeous.

Just a few Sony Walkmans, namely DC2, D6C and some others (Aiwas, for example) used amorphous head which is better for wear and electromagnetic characteristic resulting in better frequency response and overall dynamics. Well, DD9 also has such.

This small Walkman really is a nice piece of equipment. The wow&flutter are not audible as long as you don't start shaking it like crazy. I didn't measure it, but it looks to me that is sufficiently small.

The sound has a very special character and sounds much more like WM-DD33 or some Aiwa top notch players of this era than, for example, Sony WM-D6C.

While comparing it to WM-D6C I found them to be on the opposite sides: DD9 is clear and crisp, with extremely good details for a Walkman, while D6C is not so clear, but is soft and very musical, and sounds more like some tube preamps. The different characters may suite different tastes: some may like tube-like sound of D6C and other may prefer precise sound of DD9. I have to be straight: some micro details I heard on DD9 were not so explicit on D6C and this made DD9 creating substantialy good 3D scene which D6C could not achieve. The bass lines had better definition on DD9 and this is what I couldn't forgive D6C. Just to mention, azimuth was adjusted on each machine independently prior to test. The record machines were Sony TC-KA6ES (modified) and Harman/Kardon TD4800. Although I like WM-D6C sound very, very much, it is hard to listen to it after you get use to DD9's character, so getting back to D6C takes time.
Conclusion: One of the best, and maybe the best of all Walkmans (i.e. portable personal cassette players) I had an opportunity to listen to.
Via zokiaudio 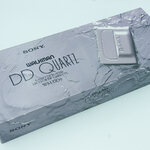 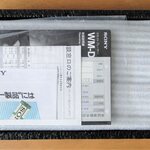 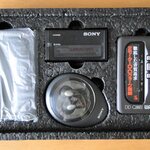 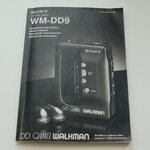 The King of Walkmans: Sony DD9

Best Walkman ever made SONY WM-DD9