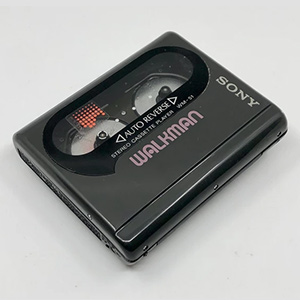 This beautiful "designer styled" model was based loosely around the mechanical parts of the WM-F107.

This beautiful "designer styled" model was based loosely around the mechanical parts of the WM-F107 "Solar Walkman". Though not itself solar powered, it did include a novel feature, the headphones were permanently attached and could be rewound and stored in the machine using a large winding wheel at the rear. A second pair of headphones could also be connected, using a conventional socket.

As with the WM-F107, the mechanism was finely made and featured auto reverse. Dolby B NR was also included, and normal, chrome or metal tapes could be used. Power came either from a single "AA" cell or from a rechargeable battery, which was included with the Walkman, along with a special fast-charger. The cassette door was retained shut by a catch that was released by pressing the stop button for a second time, though this function could be locked using a slide switch next to the winding keys.

The volume control was mounted in an exposed position at the rear of the case, in a style similar to that used for the much earlier WM-2. A slight disappointment here was that not so much care had been taken in the styling of the central retaining screw, but it would take more than a little mistake like this to spoil the appearance of an otherwise very appealing design.
Via walkmancentral 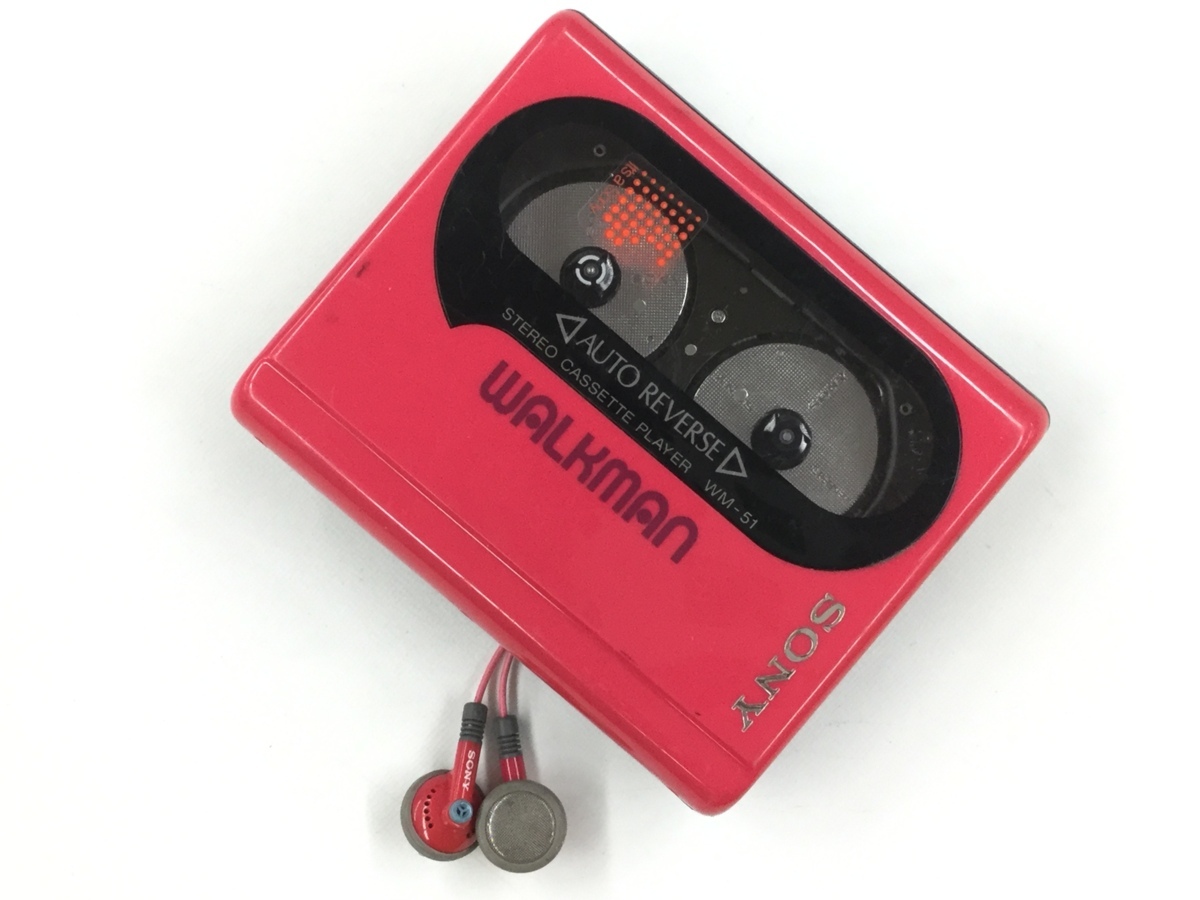 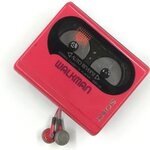 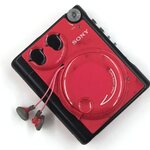 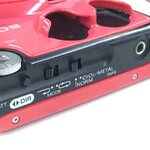 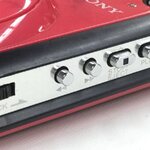 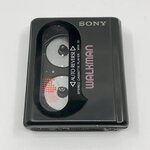 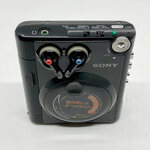 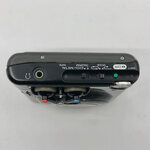 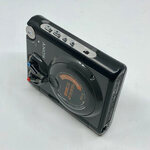 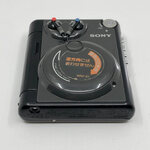 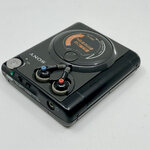 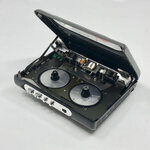 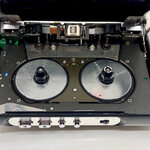 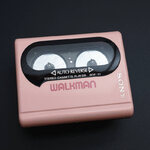 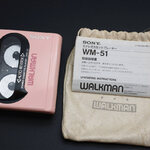 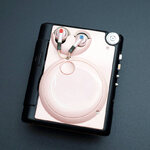 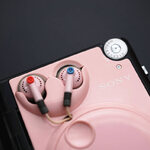 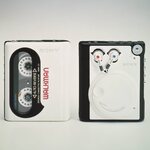 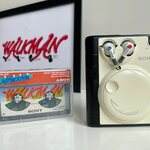 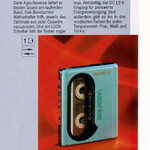 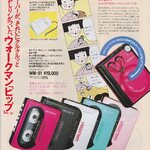